April 2020: NEW ALBUM OUT – NICE CHAIR “THE GAME”
In a time when we’re increasingly content to sink into safe, comfortable art and entertainment, I’m grateful to be pushed and prodded, to join these adventurous musicians in a ride full of unexpected twists and turns. It’s good to be alive.” -Steve Swallow

Prolific, adventurous and a true virtuoso and visionary, the Danish Music Award winning saxophonist Claus Waidtløw has been one of the most highly respected jazz musicians in Denmark for more than two decades.

Born in 1967 and a presence on the Danish music scene since 1989. He is educated from the Rhythmic Conservatorium in Copenhagen, where he also studied modern composition with Bob Brookmeyer.

The latest, New Beginning from 2018, has received glowing reviews, including one that called Waidtløw “one of the most proficient in the art of playing the saxophone in Denmark today”. The acclaimed jazzwriter Adam Baruch wrote about New Beginning: ”This album should be of interest to all Jazz connoisseurs the world over. The special European flavor, elegance and grace simple place it ahead of most other mainstream recordings originating from across the pond. A delightful gem!” The album present Waidtløw not only as a world-class saxophonist but also as a superb composer with advanced, contemporary sensibilities and a mastery of accessible melodic ideas. Acknowledgement of his compositional gifts has resulted in several grants through the years, including a two-year grant from the Danish Arts Foundation in 2001.

In 2016 he released his second bigband album, Apples for Adam, with Aarhus Jazz Orchestra, feat. the American drummer Adam Nussbaum.

Waidtløw has shown promise and ambition since he first appeared on the music scene. In 1995 he won the international jazz competition in Gexto, Spain, with the group Science Fiction Quartet and in 1996 he was nominated for the Ben Webster Prize, the most significant jazz honor in Denmark.

In 1998 Waidtløw toured with Carla Bley and Steve Swallow, as a part of The Danish Jazz Foundation ”Jazzvisits” program.

Also in 1998 Waidtløw began his 5 years association with Jens Winther. In 2002 the band released the album Walk the Walk, Talk the Talk (Stunt Records).

In 2001 he recorded Back and Forth (Music Mecca) in New York, with the great American bassist Christian McBride.

In 2011, as a member of Aarhus Jazz Orchestra, Waidtløw toured for two weeks in the United States with the world-famous singer Kurt Elling. The tour included a weeklong stay at New York’s Birdland, one of the world’s most legendary jazz clubs.

Also in 2011 Waidtløw did his first bigband project with Aarhus Jazz Orchestra.

He plays at the legendary jazzclub Montmartre with Eddie Gomez and Dave Kikoski.

2017: Project with the NDR Bigband in Hamburg.

Among 20+ concerts at the Copenhagen Jazzfestival, Waidtløw played 3 days at Montmartre with the great American pianist Dave Kikoskis Quartet.

2018: Releases his 8´th album as a leader, New Beginning. It is higly praised by jazzcritics in Denmark and abroad.

Waidtløw tours with and records his new suite “The seasons” with The Aarhus Jazz Orchestra feat. Jorge Rossy. Album will be out late 2020.

In addition to playing and writing music, Waidtløw hold the position as associate professor at the Danish National Academy of Music, teaching saxophone, improvisation and ensemble.

As a well-known educator, he is a permanent faculty member of the Engelsholms Jazz camps. He has shared his teaching skills with such high-profile artists as Brad Mehldau, Mark Turner, Lionel Loueke, Jeff Ballard, Gretchen Parlato, Mark Guiliana and Larry Granadier.

Take a listen to the title track, New beginning:

Or listen to the first song on the album, Florence:

Claus Waidtløw Quartet is lead by the Danish saxophonist Claus Waidtløw. The members of the Quartet – Waidtløw (saxophone), Jacob Christoffersen (piano), Jesper Bodilsen (bass) and Morten Lund (drums) – are among the finest and most acclaimed musicians in Denmark. Christoffersen is a member of singer Sinne Eeg´s various groups. Bodilsen and Lund has received international attention as a member of the great Italian pianist Stefano Bollani’s trio.

From the Story Book (Calibrated Records) from 2005, marked the debut of the Quartet. Flavours (Gateway Music) from 2012, has received glowing reviews, including one that described Waidtløw as “one of the most proficient in the art of playing the saxophone in Denmark today” and added that Waidtløw “is in a league of his own.”

New beginning – along with From the Story Book and Flavours – present Waidtløw not only as a world-class saxophonist but also as a superb composer with advanced, contemporary sensibilities and a mastery of accessible melodic ideas. Said one reviewer, commenting on the eight tracks on From the Story Book, “Every single composition has a perfectly consistent and forward-moving story, which the listener will follow with great interest from the beginning to the end.” Although the music is always melodic and structured logically, Waidtløw has succeeded in mixing the complex with the simple. As a result, his music possesses profound substance but also a freshness and lightness that ensures that the expression of the artists’ concepts becomes neither too difficult nor unapproachable.

The musicians in Claus Waidtløw Quartet know each other from lots of different constellations. When you listen to the group, you can easily hear that they enjoy playing together.

Jacob Christoffersen: PIANO
One of the most acclaimed pianists in Denmark today – his broad and open approach to music makes him a most wanted sideman. Since 2008 he has been the pianist of the internationally acclaimed jazz singer Sinne Eeg. He has been recording and touring with her ever since – featuring on four of her albums and playing over 300 concerts worldwide as well as receiving two Danish Music Awards (Grammys). ​Recived the Ben Webster Price 2013.

Jesper Bodilsen: BASS
Internationally known as a member of the Italian pianist Stefano Bollani´s Trio. One of the most wanted sidemen in Denmark.

MORTEN LUND: DRUMS
Internationally known as a member of the Italian pianist Stefano Bollani´s Trio. One of the busyist drummers in Denmark. Recived the Ben Webster Price 2006.

Adam Baruch, The soundtrack of my life:
”(…) this album should be on interest to all jazz connoisseurs the world over. The special European flavor, elegance and grace simple place it ahead of most other mainstream recordings originating from across the pond. A delightful gem!”

Jakob Bækgaard, All about Jazz – 4 stjerner (ud af 5):
”Waidtløw craft melodic stories that are much more than mere blowing tunes”.

Eyal Hareuveni, Salt Peanuts:
“All pieces highlight his gift to sketch a nuanced story within a melodic song. All stress his calm, elegant sense of leadership, his warm, full-bodies sound and his passionate emotions”.

In 2015 Waidtløw released the CD ”Playhouse” (Gateway Music). It present Waidtløw as a bigband composer, conductor and soloist. The album also feature the great Jeff Ballard on drums, along with the renowned Danish Bigband The Orchestra.
The CD was recorded at the Village Studio in Spring 2014, after a succesfull tour i Denmark.
The CD was nominated in two categories at Danish Music Awards 2015: “Best album of the year” & “Best jazz composer of the year”.
The album won the prize “Best jazz composer of the year”.

In 2015 Waidtløw was also commissioned to write new music for a project with the Aarhus Jazz Orchestra. The project included five concerts and besides conducting the band Waidtløw was also featured as the main soloist. The tour also featured the great and renowned drummer, Adam Nussbaum.
The band toured in Denmark in September 2015. The music was recorded live, and in 2016 it was released as Apples for Adam.

In 2017 Waidtløw was invited to Hamburg to do a project with the renowned radioorchestra The Norddeutscher Rundfunk Bigband (The NDR Bigband).

In 2011 Waidtløw was commissioned to write new music for the Klüvers Bigband. This project also featured Jeff Ballard, along with Swedish pianist Lars Jansson and Danish percussionst Rune Olesen. This was the first big Big Band project for Waidtløw.

Watch and listen to an excerpt here:
Waidtløw project summary

My bigband sheets are published by www.reallygoodmusic.com and available online.

The other side of the River (Waidtløw)

The Nearness of You (Carmichael)

CD’S AS A SIDEMAN (selected) 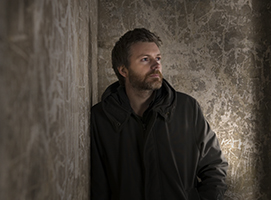 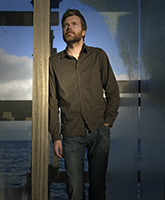 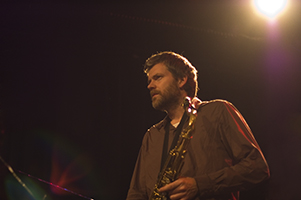 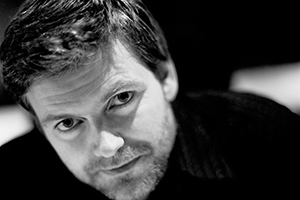 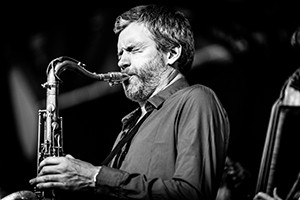